The Angel Inn was originally on Oxford Street : in the photograph below it is the building with the lamp outside, with the children sitting on the doorstep.

Some reports suggest that the Landlord’s  living quarters were on the first floor facing onto Oxford Street and the original doorway on the left hand corner at the junction of Well Street, though the picture suggests the door faced on to Oxford Street. 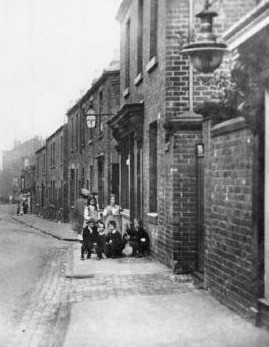 Since its closure at the beginning of the twentieth century, it has seen many changes of use; including use as a depot for a Derby drinks supplier; a clothiers operated by C & B Mason;  in the 1950’s by Hurst’s electrical suppliers; Mr John Dexter owned the premises, followed by his son, and then Derbelec from 1973 until at least 1984. Their successor, the Sherwood Bed Shop came to Ripley in 1995 (info. from F.Mansey’s Guide to Ripley’s Heritage Part Two)  and since then the premises has continued to trade in beds, known today as Ripley Bed Centre. 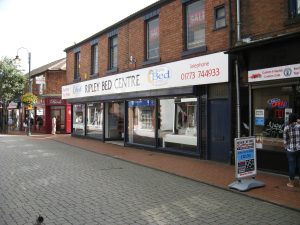 The premises were licensed for use as a pub as far back as 1864. In 1875 the licence was transferred from Daniel Farnsworth to John Barker, a collier of Leabrooks. He was followed in 1881 by John Bamford who was still mine host in 1902 when James Woodruff became the last landlord and was there at the premises closure in 1910.

The licence was renewed at the Brewster Sessions in 1906 and during 1907 in the Air-Gun Shooting competition, the Angel Inn beat the New Inn 288 points to 285.

At the Brewster Sessions in March 1907 it was considered that there were too many licences within a small area – 16 licensed premises within 300yards – and although the police had never had any complaints against Mr Woodruff, it would be ‘no inconvenience to the public if the house was done away with’  (Nottingham Evening  Post March 1907)  The house was owned by Grantham Brewery and was a tied house. The final decision was adjourned until a later licensing session.

By February 1910 the pub no longer existed and had been closed owing to the number of licenses in the area and the proximity of other licensed premises – the New Inn (closed by this time) was only 174 yards away!

The ‘new’ Angel on Crossley Street

In 2004 the ex. Jubilee Club on Crossley Street was purchased privately and converted to a pub. The name The Angel was coincidently chosen by the new owners when they purchased  fittings from the Crossroads television series set including the Angel statue which  adorns the front of the building.        (info. From Avril Clay – owner) 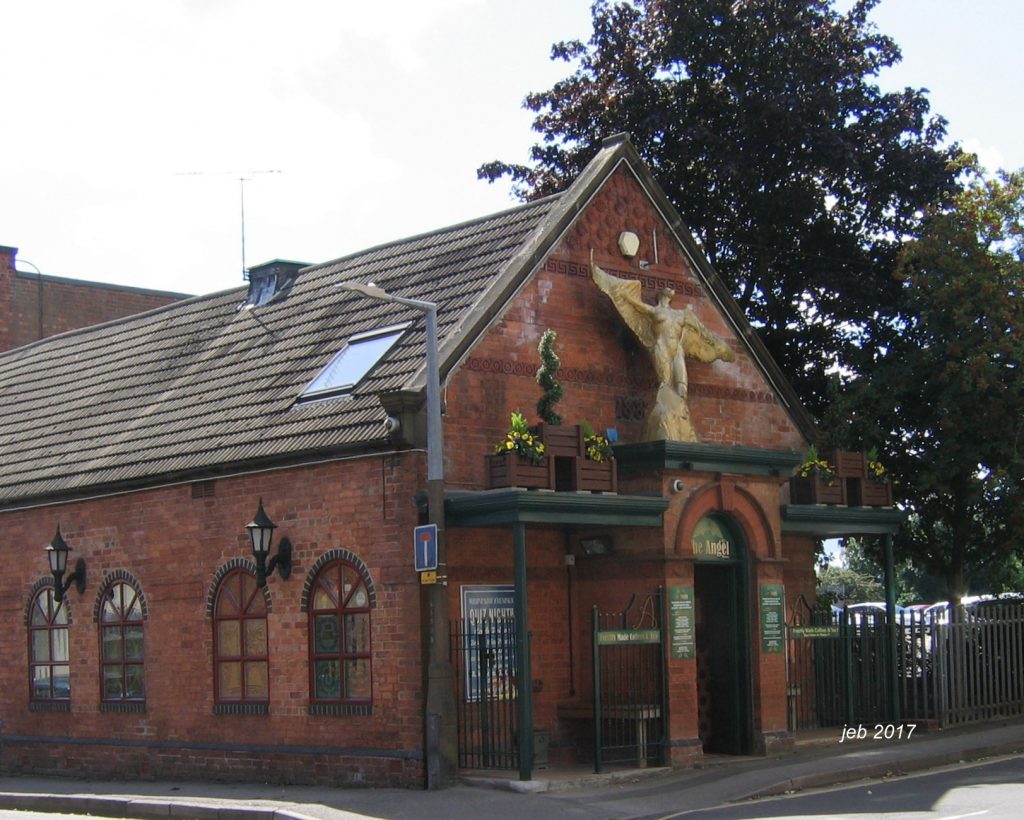 In a report in the Sheffield & Rotherham Independent dated 3 Feb. 1888 – ‘The Jubilee Club has been established 38 weeks and now has 75 members’ and in 1921 the Ripley & Heanor News carried a report of the Annual Meeting of the Club