Two cinemas, the Electra/Empire and the Hippodrome, presented a mixture of silent films and variety acts, often accompanied by their own musicians. The Electra was built in 1909, and replaced with the bigger Empire Palace in 1911 : it held an audience of between 600 and 700 people. The manager was Norman Gray, who also played piano and acted as MC.

A playbill for the Electra in 1910 included Nora Althea, comedienne and Atlas and Vulcan, “the most graceful and finished Athletes the world has known with the SISTERS ATLAS, Champion Strong Girls, and LITTLE GUS, the Boy Champion.” The picture of the Empire shown billboards “Tom M Willey”, a baritone vocalist of around 1915, whilst that of the Hippodrome boasts “Stanley Russell, The Boy Wonder”. 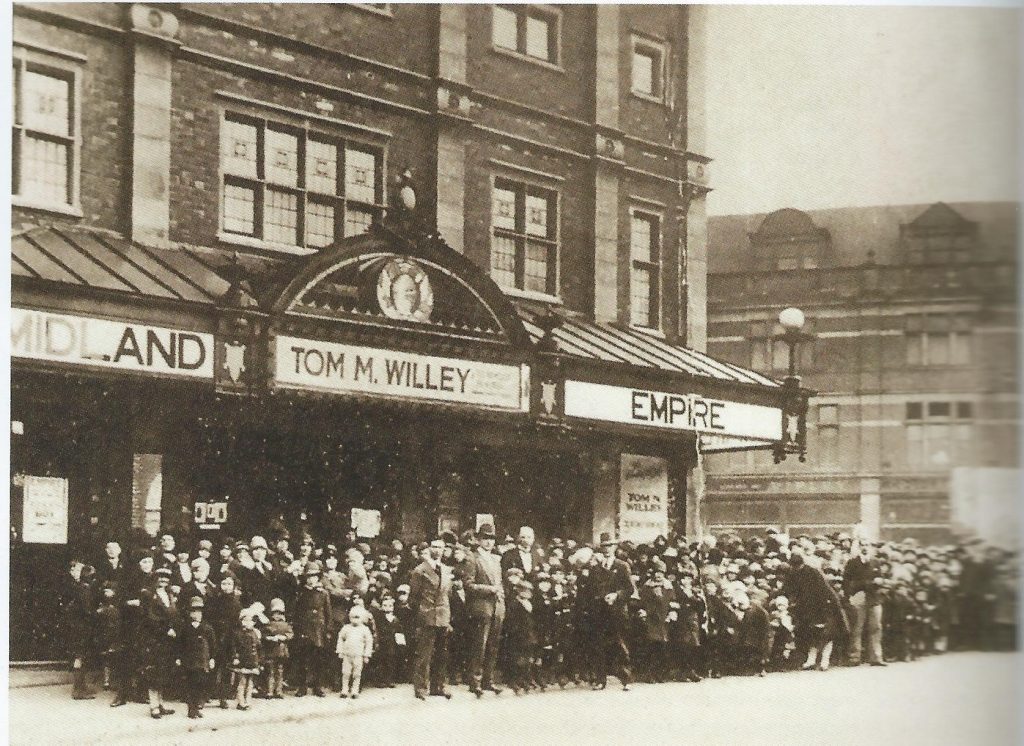 The other cinema was the Hippodrome, built by John Marshall in 1913. Although the original auditorium measured only 40ft by 32ft, it held an audience of 390 and had a 27ft wide stage. A larger auditorium was built at the back of the original in 1921, seating 900. The first manager was Jim Gration, Marshall’s son-in-law. Both he and Norman Gray died in the First World War.

A few of the original contracts between John Marshall and the performers survive. Under the terms of the agreement, they were obliged to give 8 shows a week, including one matinee, and were paid between £5 and £12 per week. The contract stipulated that they would be dismissed if they were “incapable, or intoxicated, or vulgar by word or gesture”. It added, in heavy type, NO PLAY, NO PAY. 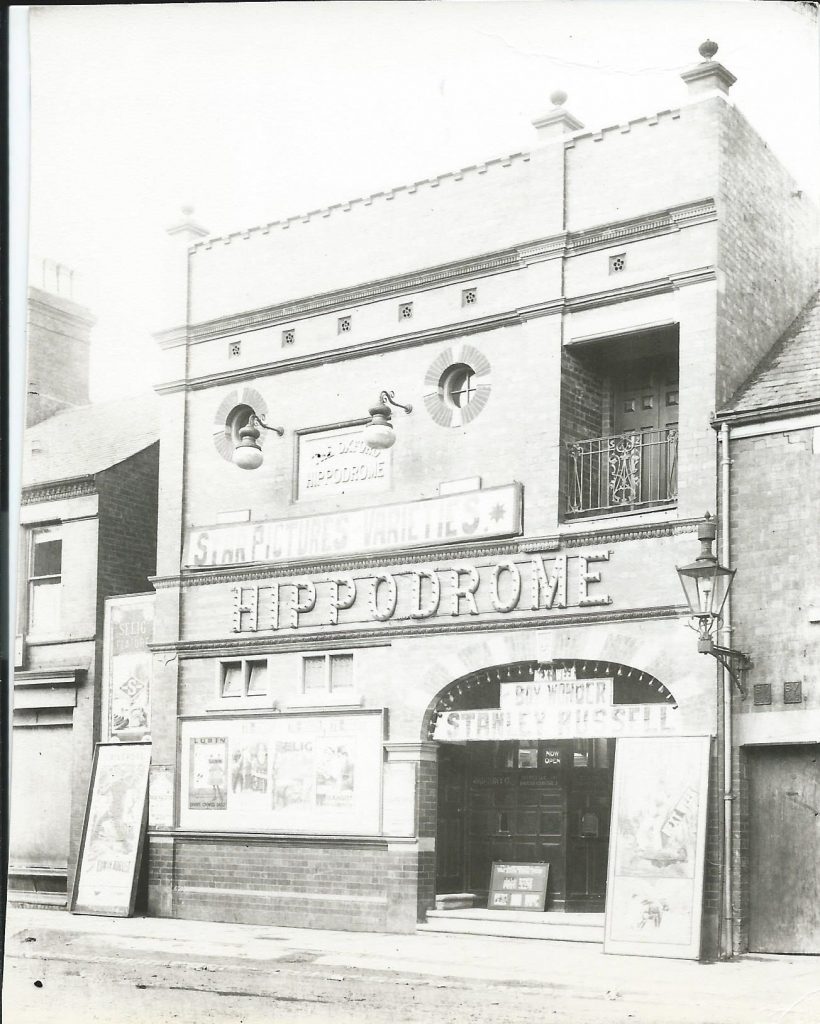 The acts included “The Mystic Saxbys and Wallus”, a magician and ventriloquist, “Egoes, the Armless Wonder” (acts featuring disabled people were not uncommon in the music halls), “Taceto”, a comedy rag manipulator, and the “Tom Williams Troupe”, a band of 12 “children”, quite possibly just short adults.

The performers would board in Ripley for the week : there were a couple of boarding houses at the top of Oxford Street, just opposite the Hippodrome. Their lives would not be unlike those of the performers shown in an early D.H. Lawrence novel, “The Lost Girl”, begun in 1912. Here the performers put on a Red Indian play featuring the “Natcha-Kee-Tawara”, the same play in every venue. Alvina, the main character, plays the piano to accompany both the performers and the films in the rather ramshackle wooden theatre her father has built, based on a real theatre in Langley Mill.

The Ripley Hippodrome did better : it had a 6 piece band to provide music for the acts and the soundtrack for the films. It was when the films began to have their own soundtrack, around 1930, that the last of the music hall performers were seen in the town. The first “talkies” were “The Singing Fool” at the Empire and “Broken Blossoms” at the Hippodrome, both in 1930.