Trams operated from Ripley to Nottingham from 1913 to 1933. The switchback route through the hill towns of Eastwood, Heanor, Codnor and Ripley, together with the fact that the route was single track with no fewer than 316 passing loops made the journey long and bumpy, and gained the trams the reputation of being “the most dangerous tram route in Britain”.

Construction started in February 1913 and the first tram on regular service entered Ripley Co-op Square on 1st January 1914. The 15 mile journey to Cinderhill in Nottingham took 1 hour 40 minutes. The trams ran 18 hours a day except for Sundays. Fares were a penny a mile but workmen boarding before 8am were able to get return tickets at single prices and miners were charged a penny regardless of the length of the journey.

D.H. Lawrence used the line as the backdrop to his story “Tickets Please”, written round 1919. The opening describes Ripley :

“There is in the North a single-line system of tramcars which boldly leaves the county town and plunges off into the black, industrial countryside, up hill and down dale, through the long, ugly villages of workmen’s houses, over canals and railways, past churches perched high and nobly over the smoke and shadows, through dark, grimy, cold little market-places, tilting away in a rush past cinemas and shops down to the hollow where the collieries are, then up again, past a little rural church under the ash-trees, on in a bolt to the terminus, the last little ugly place of industry, the cold little town that shivers on the edge of the wild, gloomy country beyond. There the blue and creamy coloured tramcar seems to pause and purr with curious satisfaction. But in a few minutes—the clock on the turret of the Co-operative Wholesale Society’s shops gives the time—away it starts once more on the adventure.” 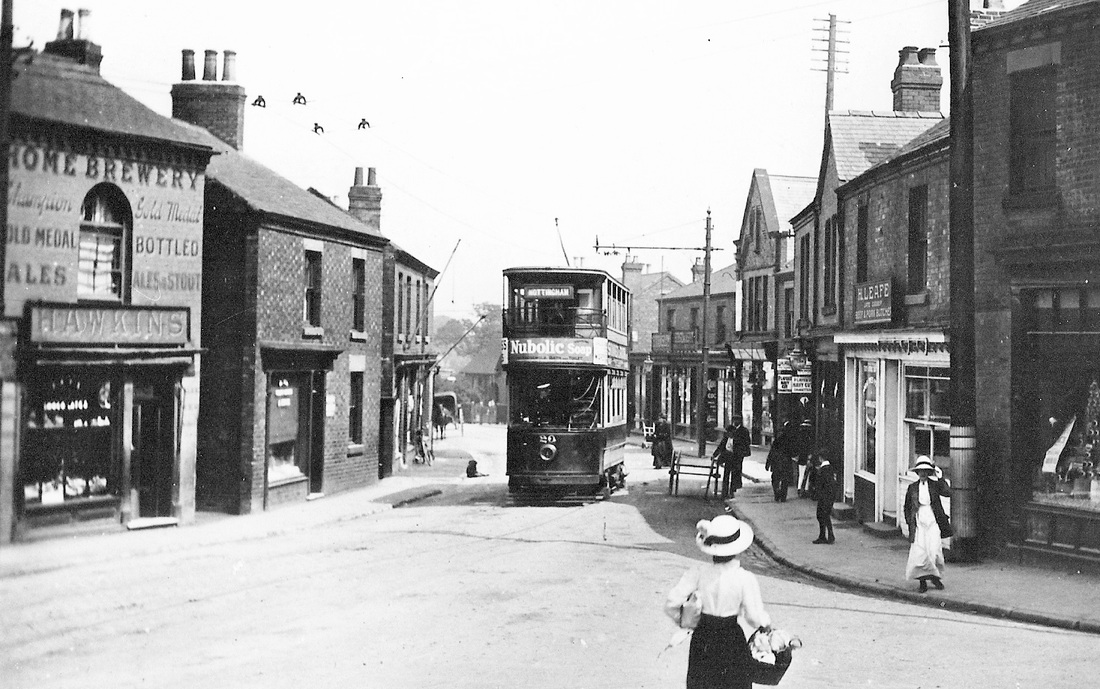 Starting operation in 1914, it wasn’t long before many of the drivers and conductors joined up. They were replaced, for the duration of the war, by young women, described by Lawrence as “fearless young hussies. In their ugly blue uniform, skirts up to their knees, shapeless old peaked caps on their heads, they have all the sang-froid of an old non-commissioned officer. With a tram packed with howling colliers, roaring hymns downstairs and a sort of antiphony of obscenities upstairs, the lasses are perfectly at their ease.” 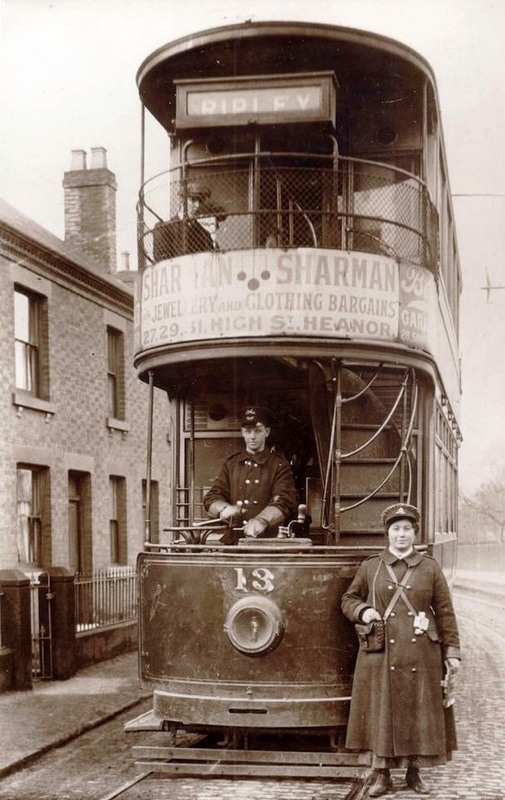 The trams were eventually replaced by trolley buses, the last tram on the Nottingham to Ripley route running on 5th October 1933.

More information about the Rattlers can be found using the following links:

The text of “Tickets Please” can be found here :