Cycling is an immensely popular pastime nowadays, but the idea of Cycling Clubs is not new, as the picture of the Ripley Clarion Club in 1924 shows. 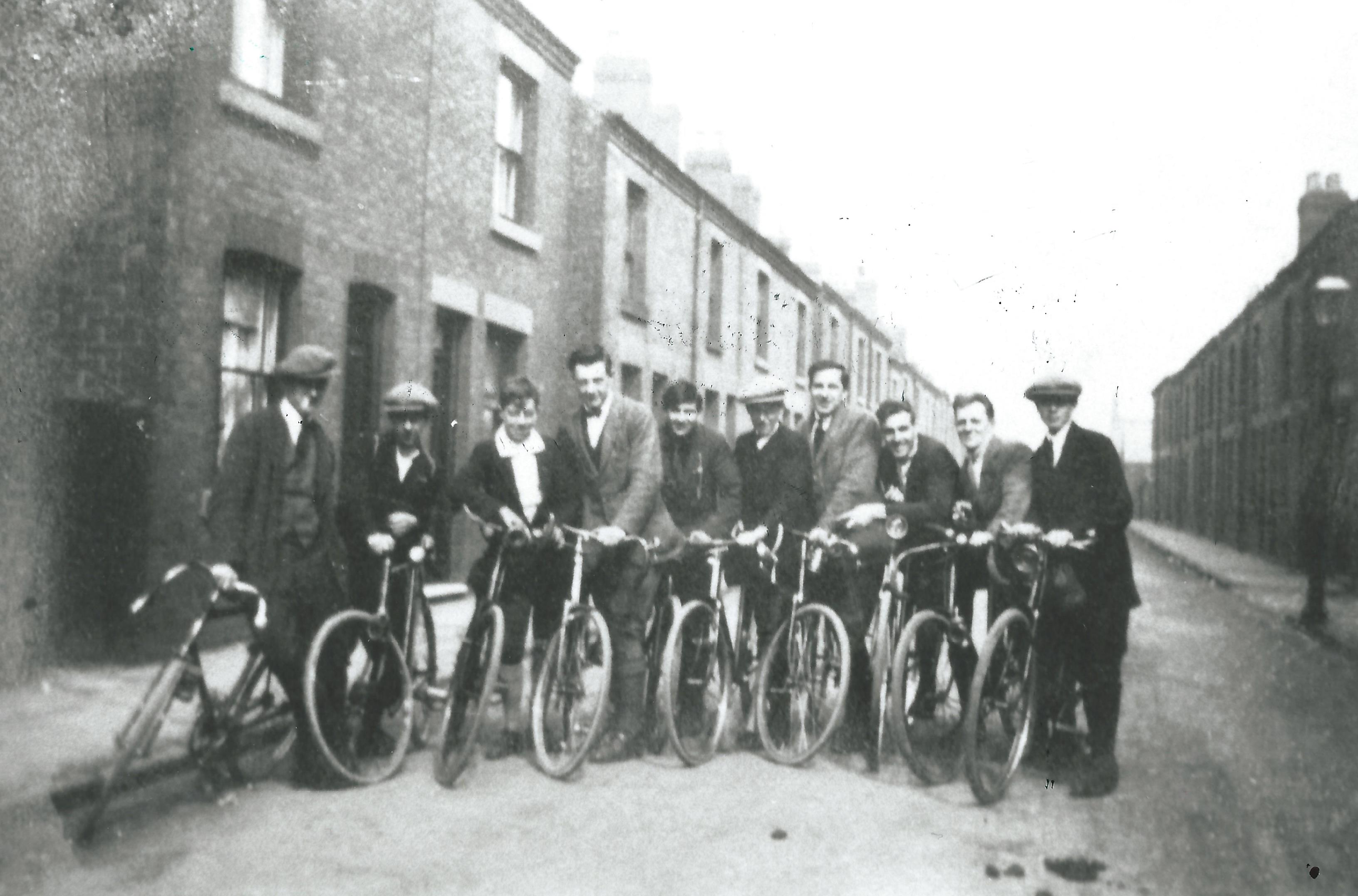 What is less well known is that the Clarion Clubs (and there were many of them all over the North) were an offshoot of the Clarion newspaper, founded in 1894 by Robert Blatchford. It was a socialist paper, credited with converting more people to socialism than Marx. The clubs embraced the egalitarian, democratic and sociable ideals of the movement, supporting the growing Labour parties.

The main aim of the clubs, though, was to have fun. By 1895, over a hundred cyclists from different clubs met up at Easter in Ashbourne. Shown here is another group of enthusiasts, including some from Ripley, enjoying a “meet” at Bakewell at Whitsuntide 1914. It is particularly poignant in that it is almost certain that some of the young men in the photo would be fighting within months, and may well have died in the First World War. The same situation, but set in Halifax, formed the basis of Alan Bennett’s first TV play “A Day Out” in 1972. 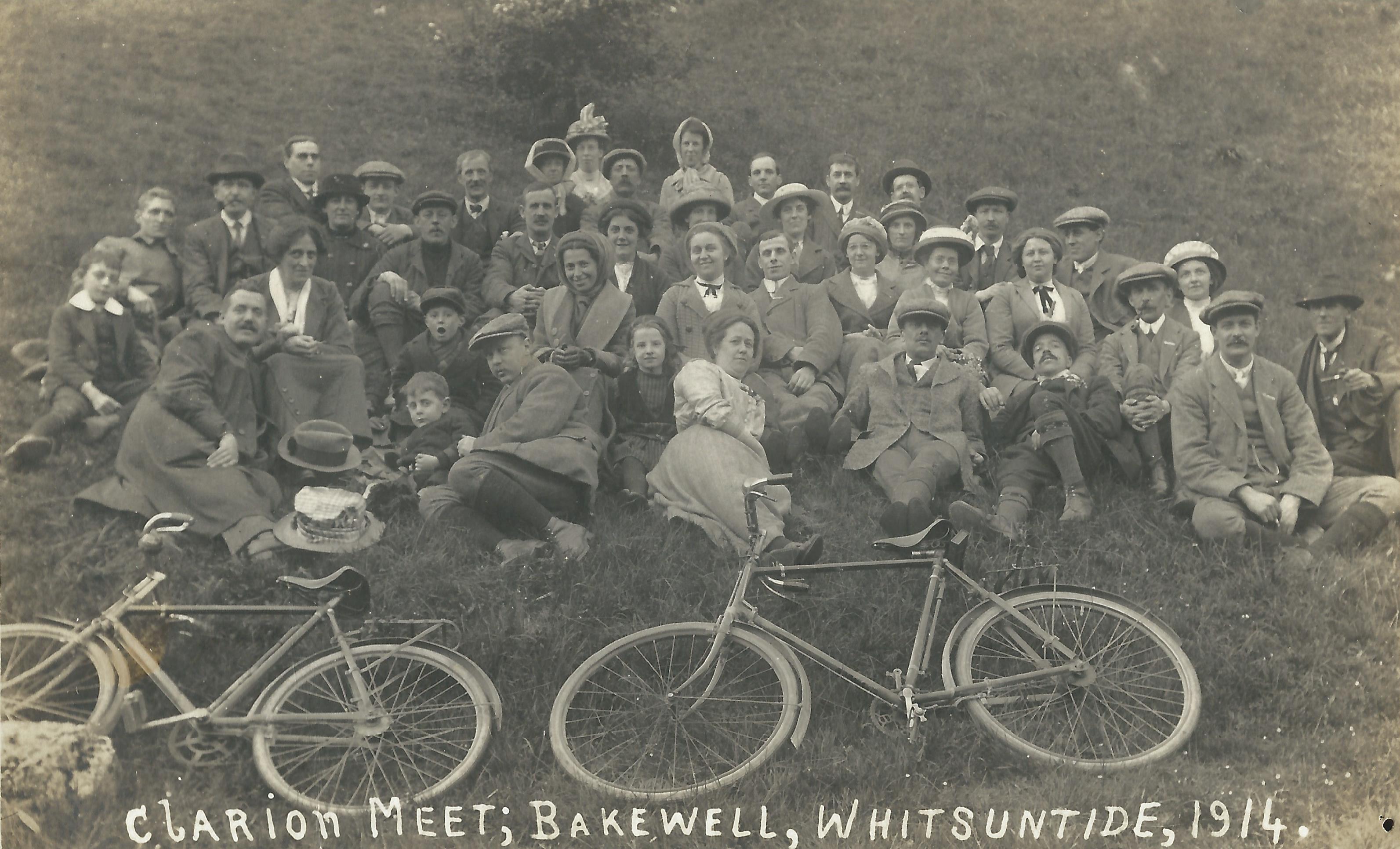 Cycling was especially liberating for women who were encouraged to participate, and for whom the ability to travel around the countryside under their own power was a rare chance to assert their independence.

Later, Clarion clubhouses were set up as a way of enabling cyclists to get away for a cheap weekend in the country.  Ripley seems to have had a clubhouse, too, though it could hardly have been a healthy place to live in the early 1920s. The building was in Victoria Street in Greenwich, where several of the members lived, and it is described in one source as a “hut” which suggests it wasn’t very imposing.

It seems that some Ripley members even experimented with less conventional cycles : there are pictures showing men trying out a penny farthing. 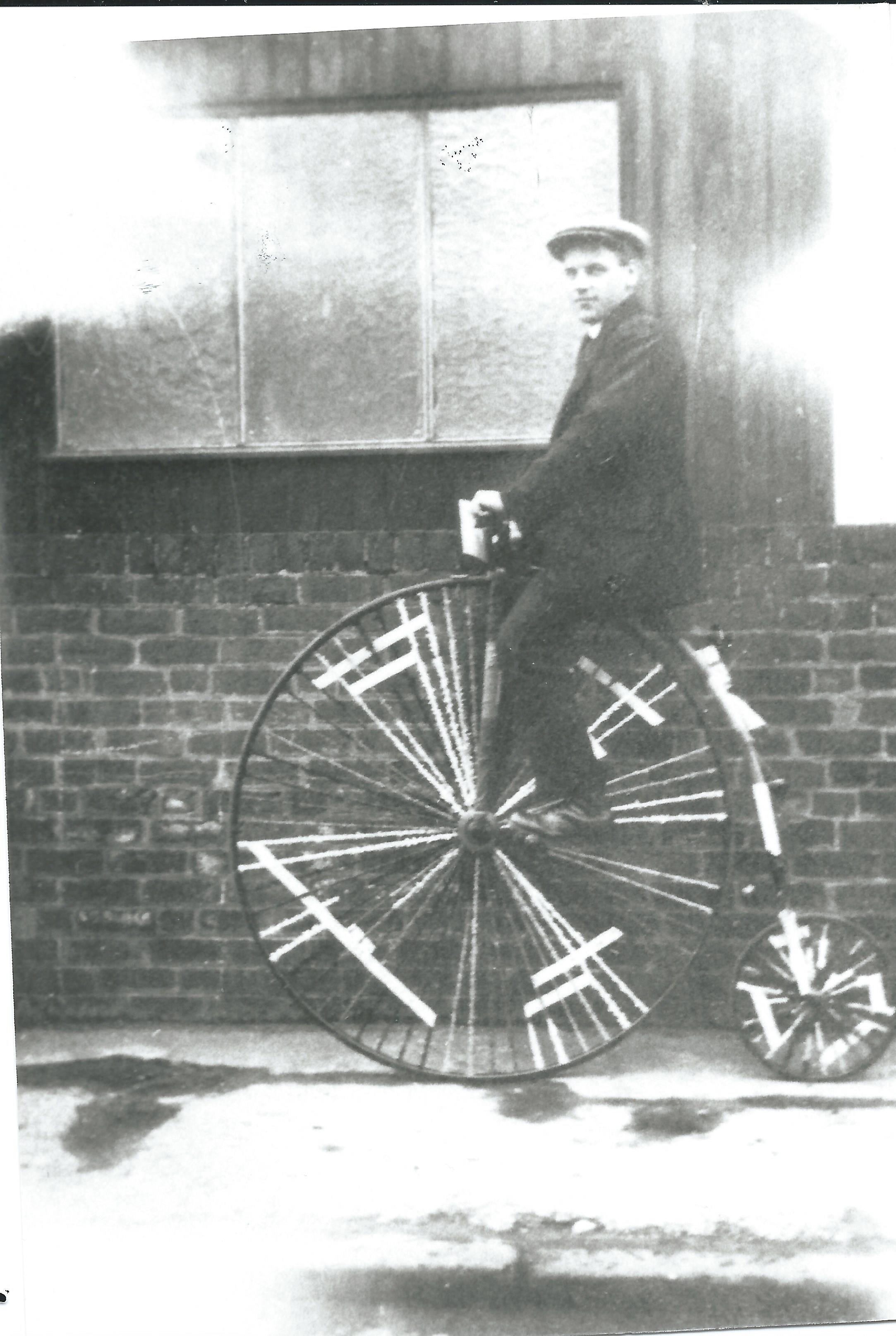 Clarion clubs were not limited to cycling : there were Vocal Unions, Handicraft Clubs, Clarion Scouts, Rambling Clubs and Cinderella Clubs which arranged events for children. In Ripley there was a Clarion Amateur Dramatics Club, shown here in 1924. The title of the production is not known, but among the players is John Marshall, likely to have been either the well known entrepreneur, owner of the Hippodrome and creator of the famous “Ripley Zoo” in Oxford Street, or his son. 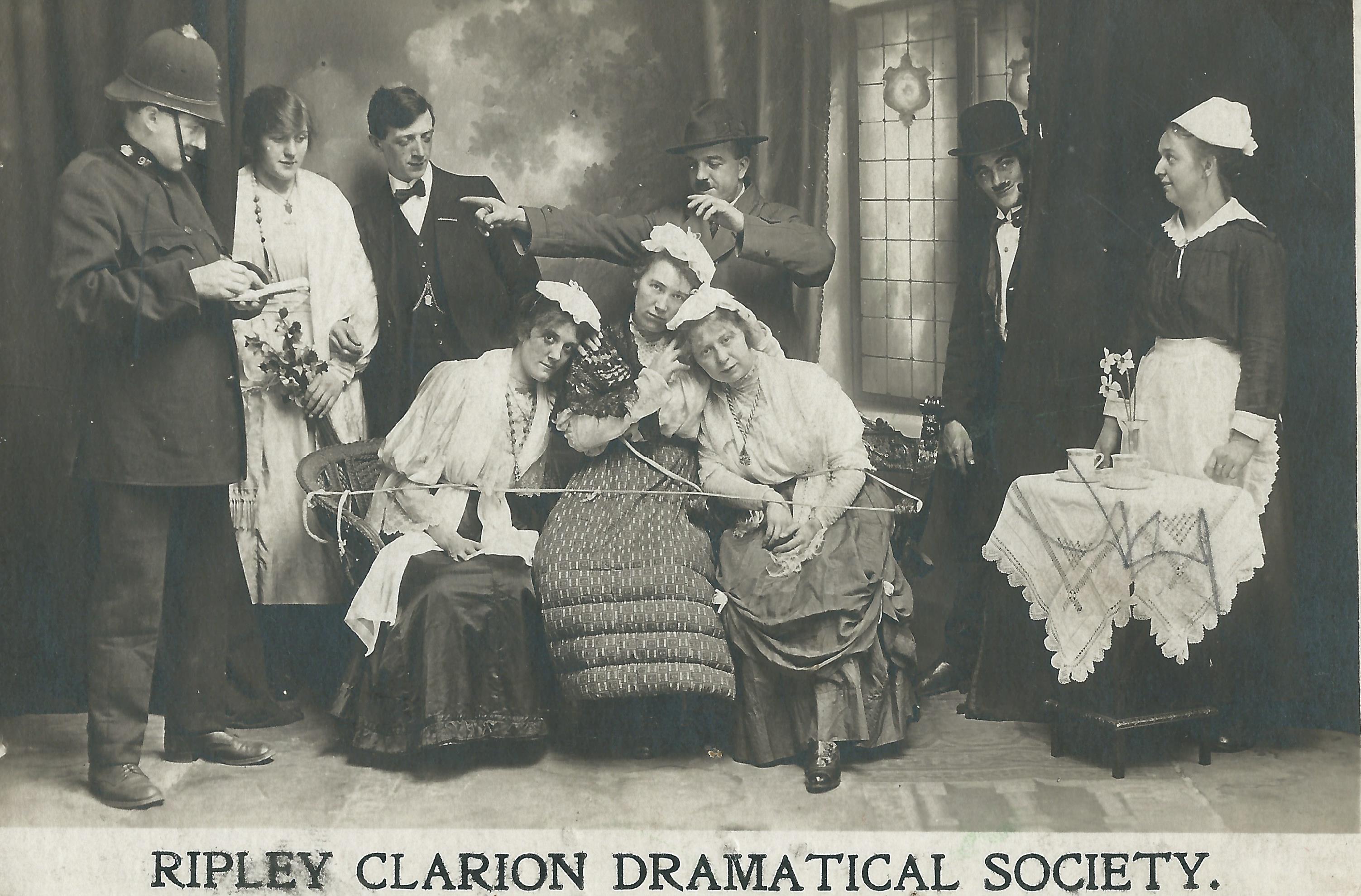 It really does seem that, for a period just before and after World War One, the Clarion clubs were, for some,  an important part of life in Ripley.